The Temecula Fallen Heroes Memorial, located at the Temecula Duck Pond alongside the Path of Honor, is the most recent addition to the City’s ongoing efforts to recognize the importance of military service in our community.  The Fallen Heroes Memorial features multiple elements, including a life-size battlefield cross cast in bronze, and a life-size bald eagle forged in steel and mounted in the attack position on top of a 17-foot tall cor-ten steel tower. Arranged in front of the tower on the ground are five bronze Military Service Seals honoring the individual branches of the United Sates Armed Services.  A retaining wall partially surrounds the Memorial, and an up-lit flag flies behind the tower.

The inspiration for the Memorial came in the wake of March 19, 2016, when Temecula resident and Marine Staff Sergeant Louis Cardin, a 27-year-old field artilleryman with Battalion Landing Team, 2nd Battalion, 6th Marines, tragically was killed in action while supporting Operation Inherent Resolve, the U.S. military's campaign against ISIS.  Cardin was praised for his valor in ensuring the safety of his fellow soldiers when he was killed.  Prompted by this loss, the Military Ad Hoc Subcommittee (then Council Members Comerchero and McCracken) requested that Staff coordinate an effort with community partners including the Veterans of Foreign Wars Post 4089, the Temecula Valley Woman’s Club, Commissioner Bob Hagel, and Riverside County Supervisor Chuck Washington to discuss the possibility of creating a memorial to honor SSgt. Cardin.  The group selected a site at the Duck Pond to complement the existing Letters Home Memorial and Path of Honor, and Sculptor Austin Casson was invited to provide design concepts for memorial.  After extensive discussion, the Subcommittee and partners selected a design and refined the scope of the Memorial to honor all Temecula residents who were killed in the line of duty.

The Fallen Heroes Memorial was unveiled at a ribbon cutting on Nov. 8, 2018, and remains one of the City’s most visible tributes to its military community and the sacrifice our servicemembers make. 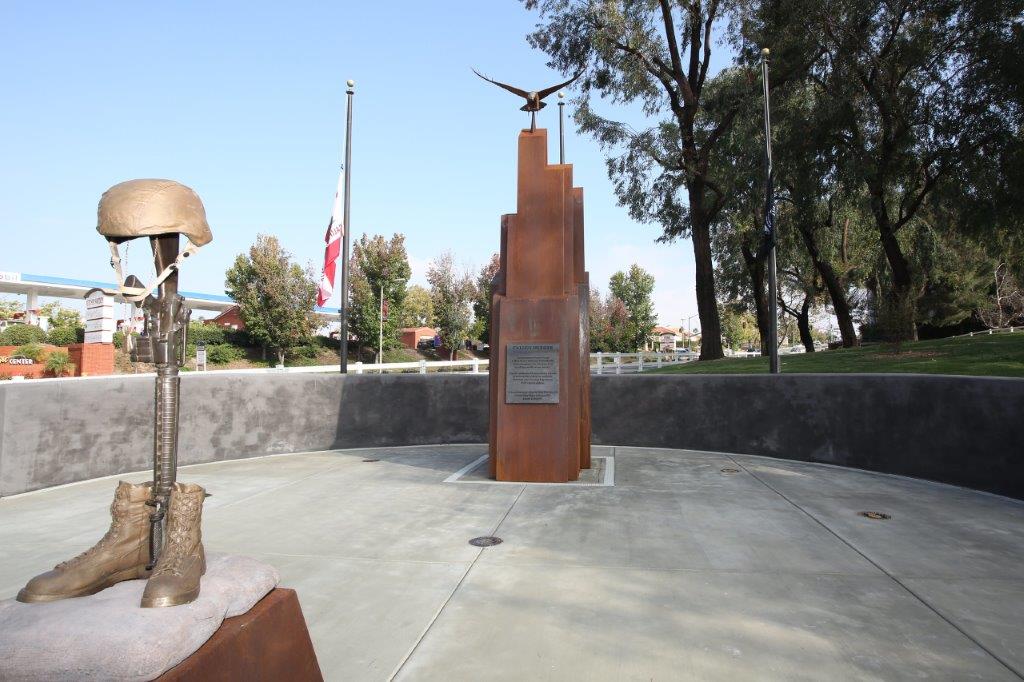 The Fallen Heroes Ground Breaking Ceremony was held on April 30, 2018.

The Ribbon Cutting Ceremony was held on November 8, 2018.