A mandatory Commercial Truck Weigh Station Facility is located in the center of this traffic crisis on Interstate 15. This is a major and essential corridor of freight, commerce, trade, tourism, and commuter traffic.

Photo below demonstrates the long line of freight trucks. 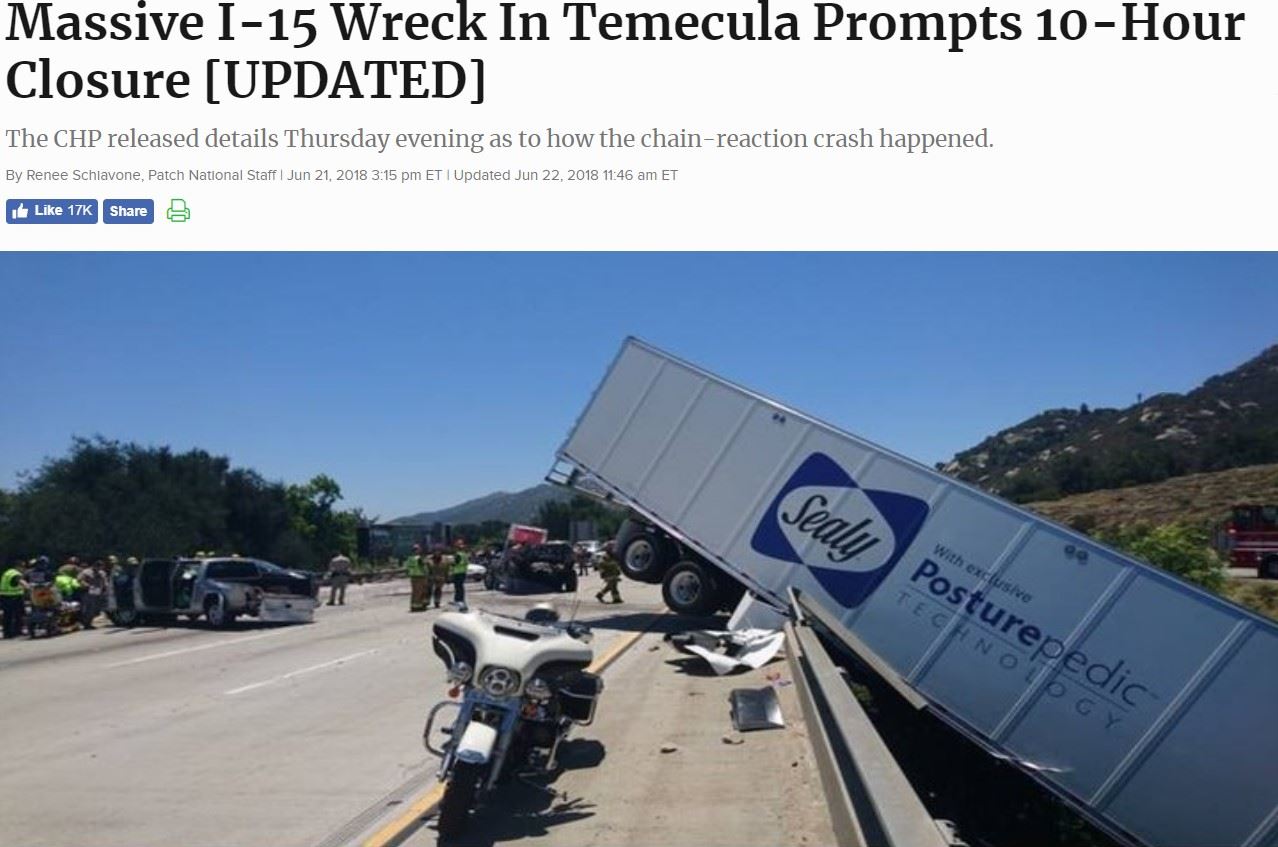 The U.S. Department of Defense, United States Marine Corps, Camp Pendleton submitted a letter dated February 26, 2019 to Honorable Elaine Chao, Secretary of the U.S. Department of Transportation.   The letter summarizes how this Project can make a difference to the lives of our Service Members and reduce transit times of [military] operational units movement on Interstate 15. 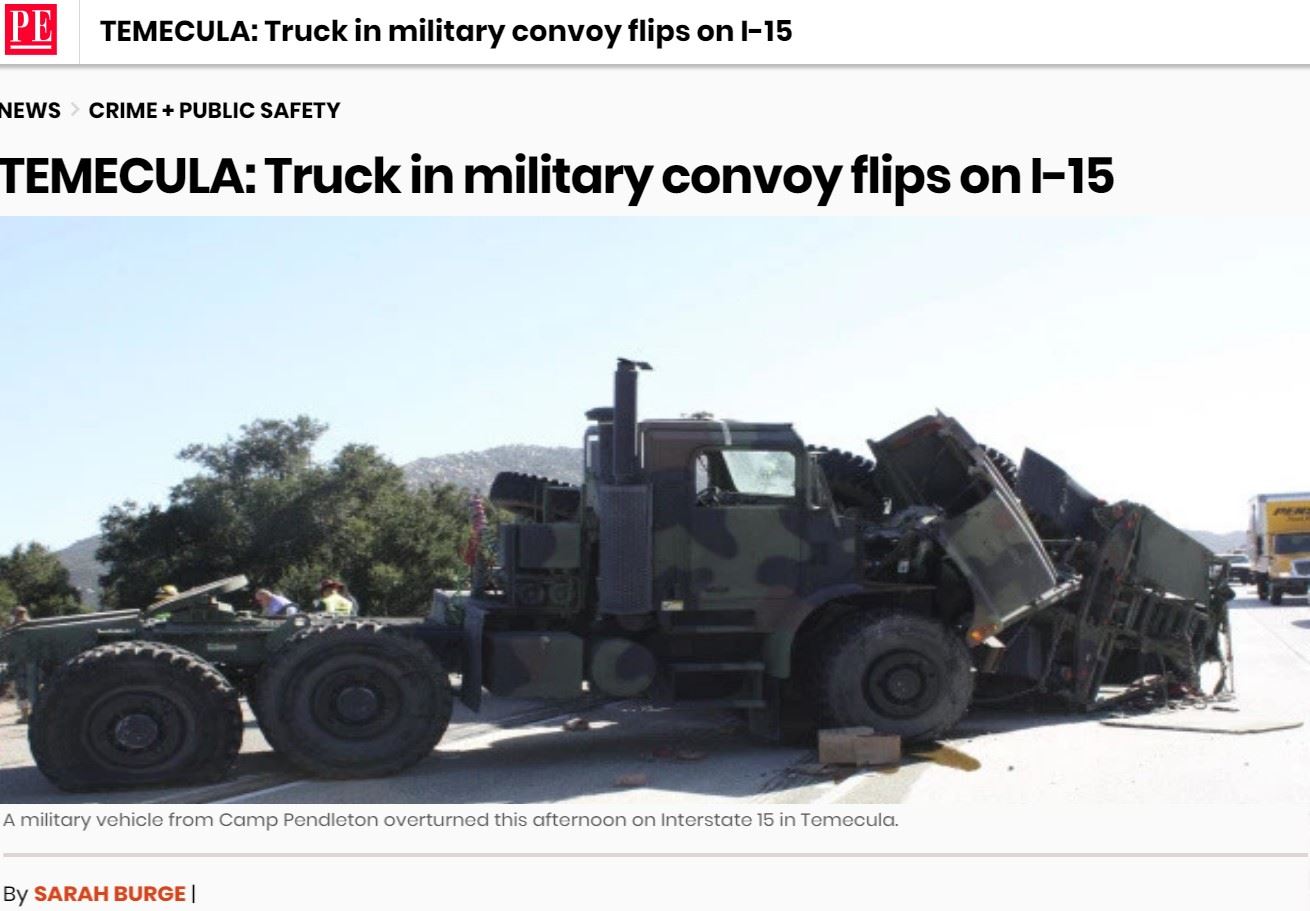 U.S. Customs and Border Protection checkpoint at Temecula.
The checkpoint at Temecula is located on Interstate 15, at the heart of this Federal Highway Interstate 15 traffic crisis.  The U.S. Customs and Border Protection  submitted a letter dated March 7, 2019 to Honorable Elaine Chao, Secretary of the U.S. Department of Transportation, indicate that improvements to this multi-state corridor will not only aid commuters and visitors, but will aid Border Patrol as they intercept illicit activity and protect the Nation. 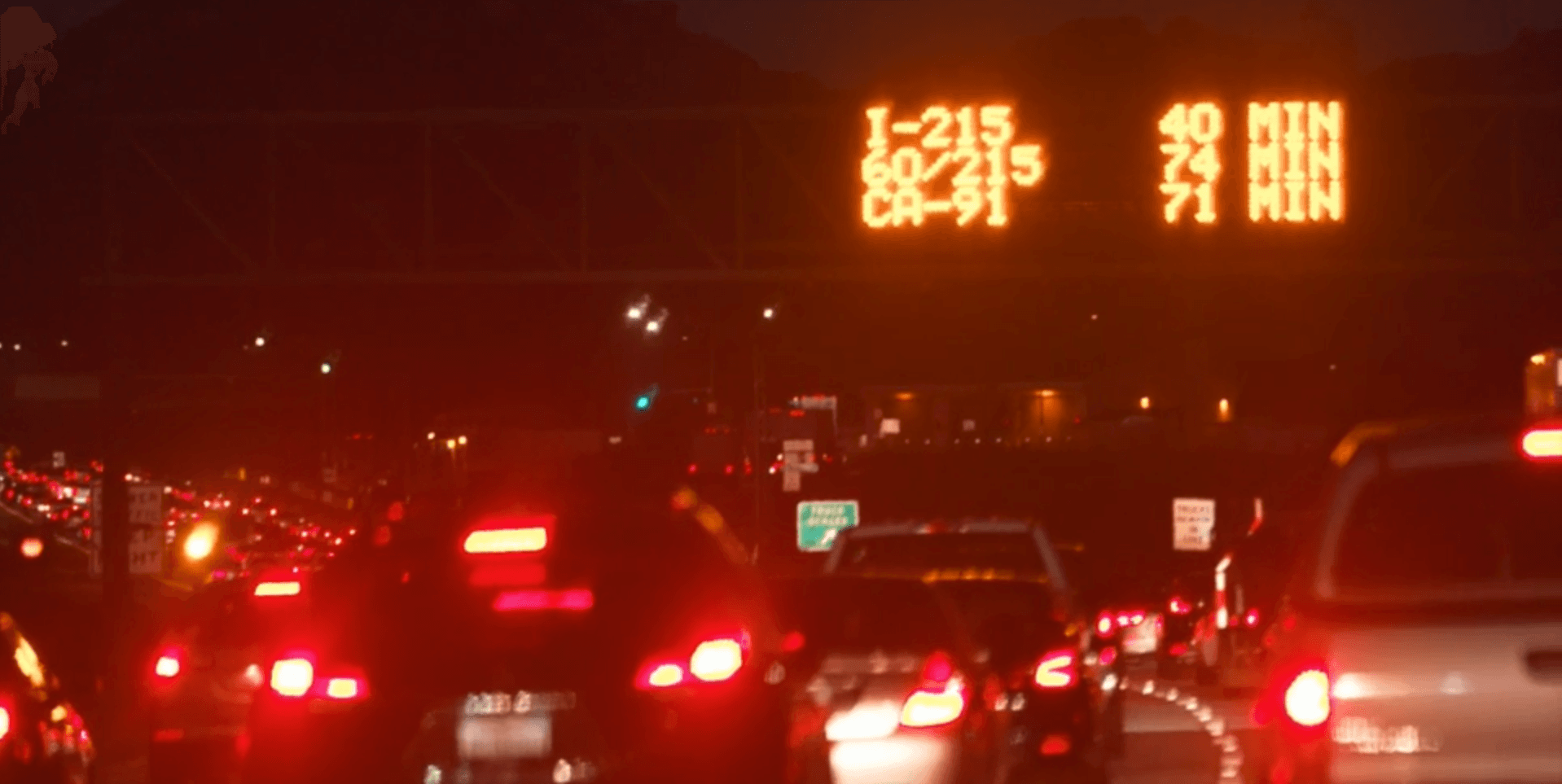 As a division of U.S. Customs and Border Protection (CBP) and the federal law enforcement agency responsible for maintaining the physical security of our national borders, the Temecula Border Patrol along Interstate 15 is amidst a traffic crisis that needs an immediate solution.

Interstate-15 Traffic is now diverting directly through Pala Reservation, and adjacent Pechanga Reservation by I-15 travelers attempting to avoid the traffic congestion.  This situation is dangerous for pedestrians and vehicles along narrow, windy rural backroads with notable concerns about emissions/air pollution from stop-and-go traffic.

On March 4, 2019, the City of Temecula submitted an application for the 2019 Infrastructure for Rebuilding America Grant Program Round Two (INFRA Grant) to the US Department of Transportation, titled, Interstate 15/French Valley Parkway Improvements–Phase 2 (“Project”).

Nearly 30 different organizations, governments and agencies at the regional, state and national level, including the United States Department of Defense, have submitted letters that summarize impacts this INFRA Grant will address.

This INFRA GRANT was awarded to the City of Temecula in September 2019!

Construct two northbound mainline Interstate 15 lanes, approximately 2.5 miles long, referred to as Collector/Distributor lanes along Interstate 15 from the Interstate-15/215 Junction to State Route 79/Winchester Road, plus a flyover bridge.  The 2019 INFRA Grant Funding will help correct the specific choke-point on Interstate 15 (at the 215 Junction) where weaving occurs as drivers choose between I-15 and 215 at the same time as vehicles are merging from State Route 79 onto Interstate 15 and also choosing between I-15 and 215.  This causes daily congestion that backs up northbound traffic between the I-15/215 Junction in Riverside County and into San Diego County; at times up to 20+ miles long.

The Project is depicted in BLUE within the illustration below.  Phase 1 in RED is constructed.  Phase 3 in GREEN is next.

Future Project costs $110M+ (total costs $137M, including $27M already spent). The City has successfully secured $60 million, including $47.6 million from the State Funds and has successfully secured $50 Million INFRA GRANT Federal Funding.  The City is thankful to the U.S. Department of Transportation for selecting this urgently needed project, and for the support of all of our partners in this effort; particularly U.S. Congressman Ken Calvert to help secure this funding funding.

NOTE: The City does not have jurisdiction over Federal Highway Interstate 15 or control State and Federal funding for it; but has taken the lead to work very hard in collaboration with our state, regional, and local partners to secure funds and design this Project.

If you have questions about information contained on this webpage, contact Betsy Lowrey, City of Temecula, at 951-693-3959.